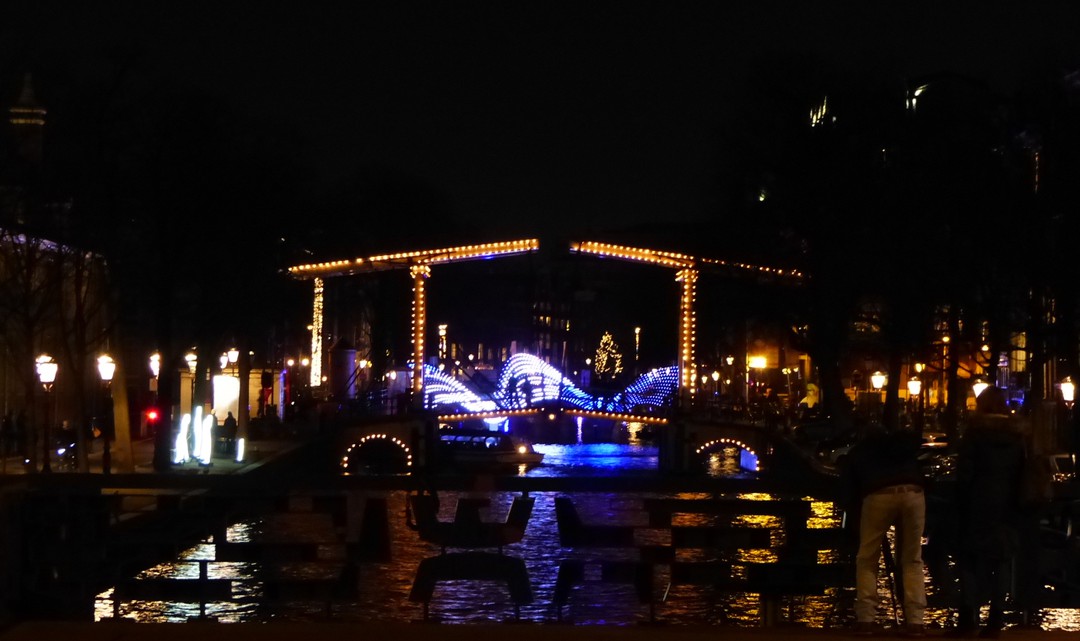 In only a few years time, Amsterdam Light Festival turned into a very popular, cultural festival of light. For almost two months you will come across various light objects and art installations throughout Amsterdam. You can either let faith be your guide, or you can do the walking or cycling tour, or hop on one of the cruises. These various tours will guide you along many of the light art. Along the road there are plenty of opportunities to warm up with soup, hot chocolate milk, or something stronger, if you like.

Read our recommendation on the Amsterdam Light Festival

Get to know local goods and their makers. De Hallen is the perfect location for this two-weekly market; the atmosphere is always great. The Amsterdam-made and sold products range from clothing to jewellery, to furniture, to household stuff, to art, to food and even to beer. This weekend is the “Sinterklaas-edition” (Sinterklaas is a Dutch tradition/celebrations, like Santa Claus). What that exactly entails we don’t know (yet).

The State Coach in the Netherlands in Museum Van Loon

Would you like to know how the “well to do” of the early twentieth century travelled? In Museum Van Loon – a beautiful canal house museum – they have an exhibition on, to commemorate the five year addition of the coach house. For the first time the fully restored State Coach of Louis van Loon is on display. The exhibition tells the story around the state coach. What is also nice to mention is that Museum Van Loon, Royal Palace Het Loo, Twickel Castle, Museum Nienoord and the Royal Stables join forces to highlight the few remaining state coaches in the Netherlands, till the end of 2017.

Read more on the website of Museum Van Loon

The Buddha in the Tropenmuseum

This exhibition lets you discover how Buddhism is experienced worldwide. It is a journey through Chinese monasteries, Buddha’s birthplace in Nepal, the Indonesian Borobudur and the so-called Tulip Buddhism in the Netherlands. There are around 100 Buddha statues on display, giving you a beautiful story of how Buddha is perceived in the various countries.