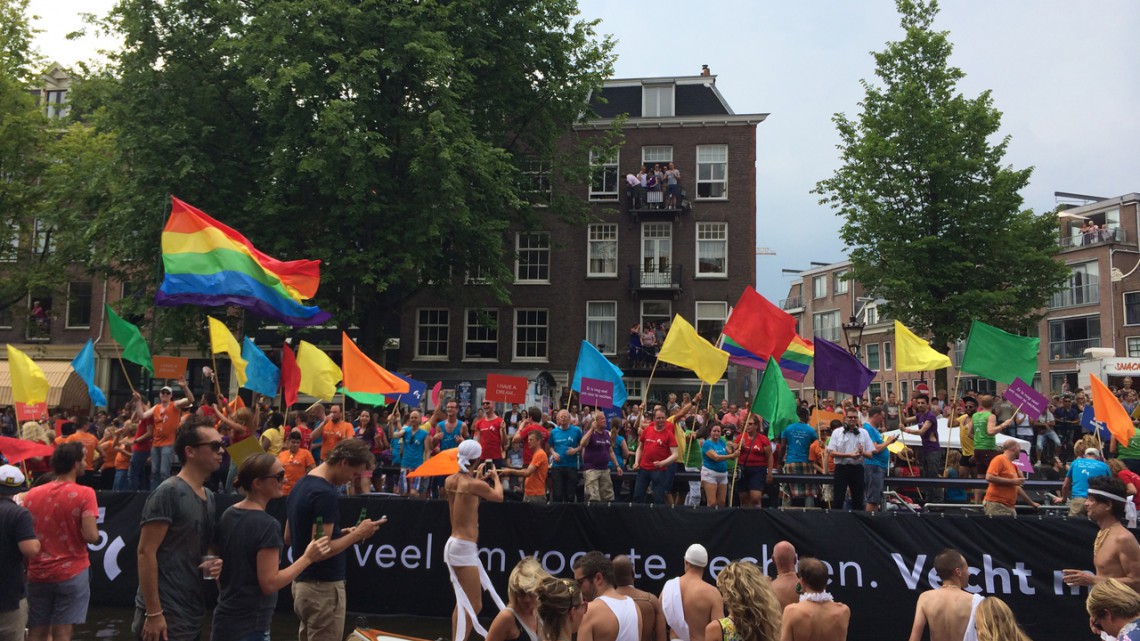 The Amsterdam Gay Pride boat parade is the second biggest event of the year in Amsterdam, after King’s Day! This year, this is also the closing weekend of two weeks of EuroPride 2016. With Saturday the boat parade over Prinsengracht canal and various street parties. Sunday there are also quite a few street parties that are worth checking out. One of our favourite events of this weekend is the Drag Olympics on Westermarkt on Friday evening 7pm. Drag Queens and Drag Kings fight (sometimes literally!) for the first prize at ‘handbag toss’, ‘high heel race’ and other fun and funny ‘games’.

Pluk de Nacht Open Air Film Festival is off to a good start. The first few evenings were maybe a little bit fresh, but it stayed dry and the blankets kept people warm. Pluk de Nacht (Carpe noctum – Seize the night) is a wonderful way to enjoy a summer evening outdoors. The location is great, just west of Amsterdam Central Station, along the river IJ. Food trucks cater for the hungry and the evening is closed off with a little dance at “Klup de Nacht” (Club the night). Every night a different movie is shown, preceded by a short film. It IS advisable to make a reservation as this popular film festival books out almost every evening!

We have to be honest and say that we have not yet been to the Amsterdam KOOKT Music & Food Festival. It started last year on the NDSM Wharf and was a success right away. A wide variety of food trucks and an eclectic mix of music styles on a groovy location, might be the reason for that. Not necessarily a conscious festival, although there are many food trucks (of the more than 80) that cater for the more conscious traveller; with either organic meat and vegetables or vegetarian and vegan food. The weather will be perfect, so get your dancing shoes on, jump on the ferry and get the party going…

Read what’s on at Amsterdam Kookt on their website (NL)