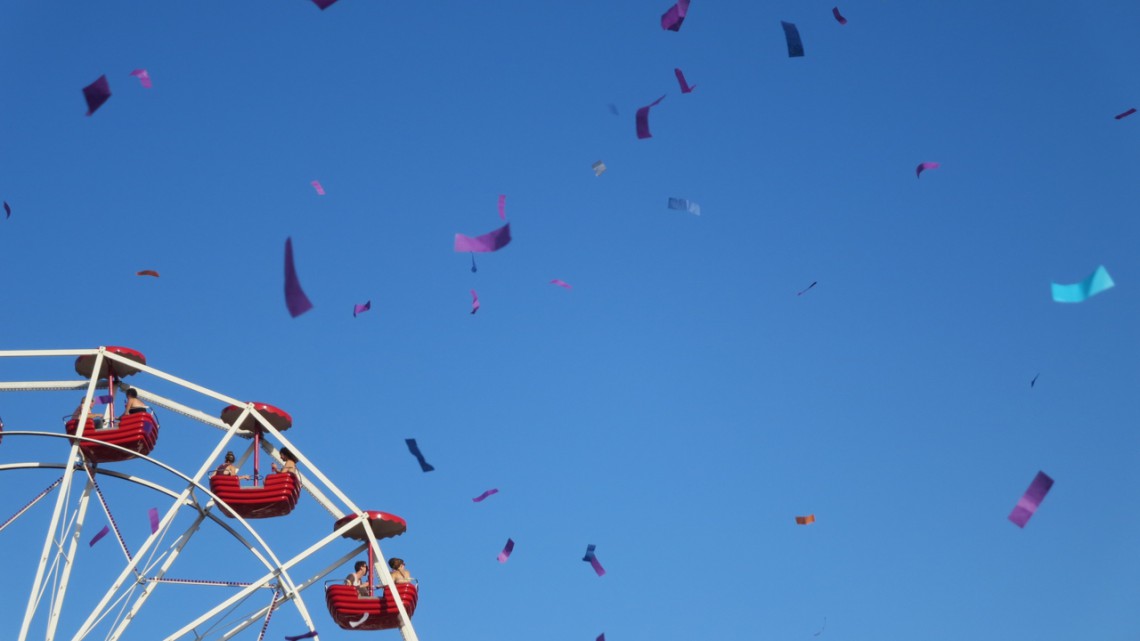 The Amsterdam Gay Pride boat parade is the second biggest event of the year in Amsterdam, after King’s Day! But Gay Pride is not just the parade on the first Saturday of August. The week preceding this big event, is filled with events and activities. And this year it is going to be even bigger and longer than normal, with EuroPride being held in Amsterdam. Fifteen days of various events, parties, sports, culture and other activities. This weekend there are several exhibitions and parties, of which Milkshake Festival is the biggest (see below). In Tuschinski Theatre there is a one-off Tribute Gala in honour of the legendary film diva, Marlene Dietrich. Various artists and performers show, on stage AND screen,  how they got inspired by this remarkable woman.

The slogan of Milkshake Festival says it all: For boys who love girls who love girls who love boys who love boys… There is no discrimination on this party / dance festival, only love. The festival terrain on Culture Park Westergasfabriek offers lots of space for music, theatre, entertainment, food, drinks and hopefully sunshine! Milkshake Festival is one of the most sustainable festivals of Amsterdam, in terms of energy use, waste management, accessibility and sustainable purchasing. And of course a very socially aware festival where everybody can be who he, she, or however you identify, wants to be…

Museum Het Schip already was a must-see attraction if you like architecture – and love Amsterdam School architecture in particular – but now it even got better! Since the beginning of this month, this quirky museum opened a new wing in the same building; taking over the space from an old primary school; gaining 1,200 square metre of extra exhibition space. The opening exhibition shows the variety and wide range of the Amsterdam School movement and subsequent architecture, interior and products that came out of it. We still have to go and see the new exhibition space of Museum Het Schip, but the first press critics are promising.

Not sure about you, but we are always impressed with sand sculptures, we HAVE to mention the European Championship that is held in beach town Zandvoort, about 30 minutes from Amsterdam. The main theme is “Icons of Amsterdam”, of which each contestant will interpret a sub theme in a sand sculpture. Sub themes are: Rembrandt, Vermeer, Amsterdam architecture, the Free Spirit and Tolerance of Amsterdam and a few more. South of Zandvoort in neighbouring beach town, Noordwijk aan Zee, celebrates 150 years of beach resort with five sand sculptures on the Koningin Wilhelmina Boulevard.