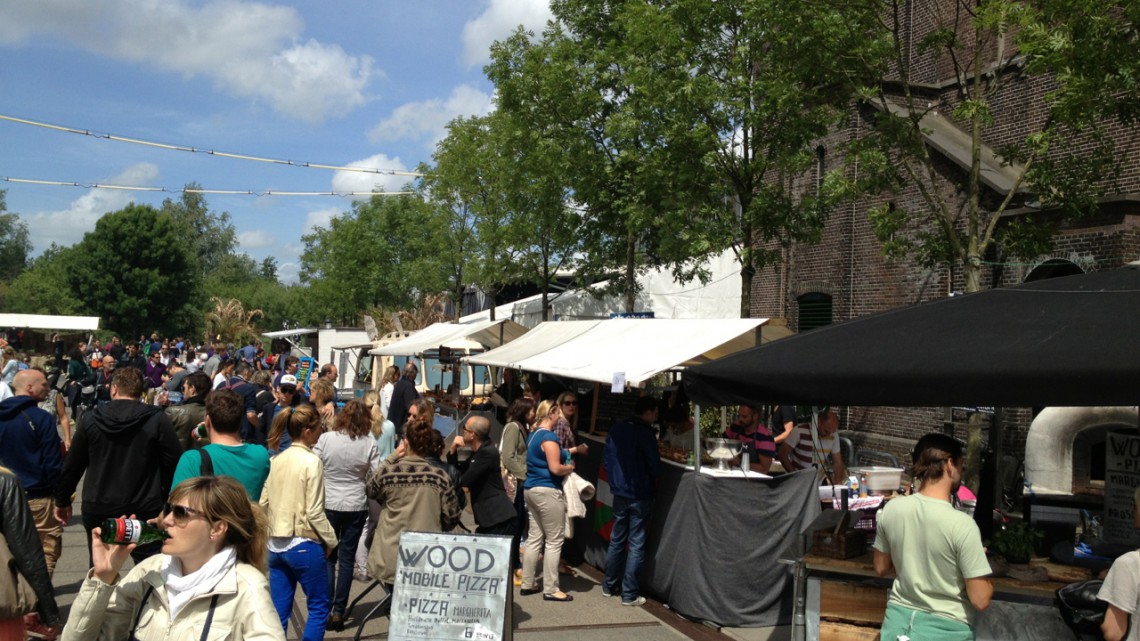 There are also food stalls outside. Especially on sunny Sundays a treat!

PuurFair shows the latest trends on the field of sustainability. The fair is organised by NeighbourFood and Westergasfabriek (see below). At PuurFair offers you a day-long, intensive programme of cooking demonstrations, workshops and talks. Such as driving an electric car, how to pimp your old furniture, how to build an insect hotel or how to design a vertical garden.

A bit out of town, on the shores of the Sloterplas lake, West Beach Film Festival is held. This Film festival is a free open air cinema. It shows a wide variety of movie types. There are several food trucks and the bar is catered for by Hotel Buiten a quirky, fully sustainable bar along the Sloterplas.

This festival found its origin in the singer-songwriter evenings, organised by Dutch singer Dotan. It all revolves around the purity of music: an artist with his or her instrument, own songs and an authentic story. The music hall will be turned into a huge living room, where new music will be explored. No beats, no overproduced music, but just real songs and real stories.

In addition to the PuurFair (and co-organisers) there is NeighbourFood Market at Culture park Westergasfabriek. NeighbourFood Market is a great way of spending a weekend afternoon, wandering around and grazing whatever tickles your fancy. Every third Sunday of the month, Culture Park Westergasfabriek is host to this artisanal food market. The atmosphere is laid back, especially when the sun is out and there are stands outside as well as inside. It is a great way to get to know different types of food.

Read our recommendation of NeighbourFood Market